Dedication of the Wall of Jerusalem

27 At the dedication of the wall of Jerusalem, the Levites were sought out from where they lived and were brought to Jerusalem to celebrate joyfully the dedication with songs of thanksgiving and with the music of cymbals, harps and lyres. 28 The musicians also were brought together from the region around Jerusalem—from the villages of the Netophathites, 29 from Beth Gilgal, and from the area of Geba and Azmaveth, for the musicians had built villages for themselves around Jerusalem. 30 When the priests and Levites had purified themselves ceremonially, they purified the people, the gates and the wall.

31 I had the leaders of Judah go up on top of the wall. I also assigned two large choirs to give thanks. One was to proceed on top of the wall to the right, toward the Dung Gate. 32 Hoshaiah and half the leaders of Judah followed them, 33 along with Azariah, Ezra, Meshullam, 34 Judah, Benjamin, Shemaiah, Jeremiah, 35 as well as some priests with trumpets, and also Zechariah son of Jonathan, the son of Shemaiah, the son of Mattaniah, the son of Micaiah, the son of Zakkur, the son of Asaph, 36 and his associates—Shemaiah, Azarel, Milalai, Gilalai, Maai, Nethanel, Judah and Hanani—with musical instruments prescribed by David the man of God. Ezra the teacher of the Law led the procession. 37 At the Fountain Gate they continued directly up the steps of the City of David on the ascent to the wall and passed above the site of David’s palace to the Water Gate on the east.

40 The two choirs that gave thanks then took their places in the house of God; so did I, together with half the officials, 41 as well as the priests—Eliakim, Maaseiah, Miniamin, Micaiah, Elioenai, Zechariah and Hananiah with their trumpets— 42 and also Maaseiah, Shemaiah, Eleazar, Uzzi, Jehohanan, Malkijah, Elam and Ezer. The choirs sang under the direction of Jezrahiah. 43 And on that day they offered great sacrifices, rejoicing because God had given them great joy. The women and children also rejoiced. The sound of rejoicing in Jerusalem could be heard far away. (NIV) 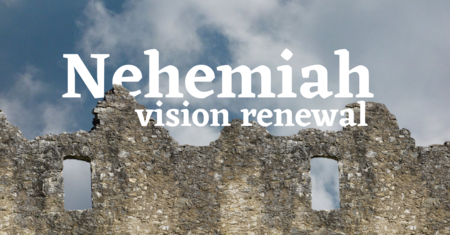