The Claims of Jesus

Jesus Accused by His Family and by Teachers of the Law

20 Then Jesus entered a house, and again a crowd gathered, so that he and his disciples were not even able to eat. 21 When his family heard about this, they went to take charge of him, for they said, “He is out of his mind.”

22 And the teachers of the law who came down from Jerusalem said, “He is possessed by Beelzebul! By the prince of demons he is driving out demons.”

23 So Jesus called them over to him and began to speak to them in parables: “How can Satan drive out Satan? 24 If a kingdom is divided against itself, that kingdom cannot stand. 25 If a house is divided against itself, that house cannot stand. 26 And if Satan opposes himself and is divided, he cannot stand; his end has come. 27 In fact, no one can enter a strong man’s house without first tying him up. Then he can plunder the strong man’s house. 28 Truly I tell you, people can be forgiven all their sins and every slander they utter, 29 but whoever blasphemes against the Holy Spirit will never be forgiven; they are guilty of an eternal sin.”

30 He said this because they were saying, “He has an impure spirit.”

34 Then he looked at those seated in a circle around him and said, “Here are my mother and my brothers! 35 Whoever does God’s will is my brother and sister and mother.” (NIV) 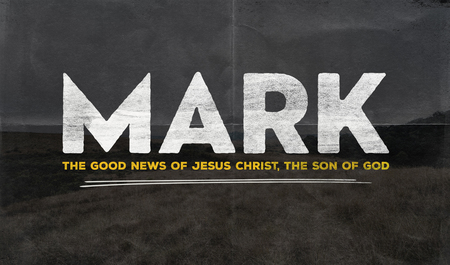 The Gospel of Mark

The Seed, the Soil, the Sower

The Claims of Jesus

The End of Religion