What I've been reading - a new blog series by Pastor Tim 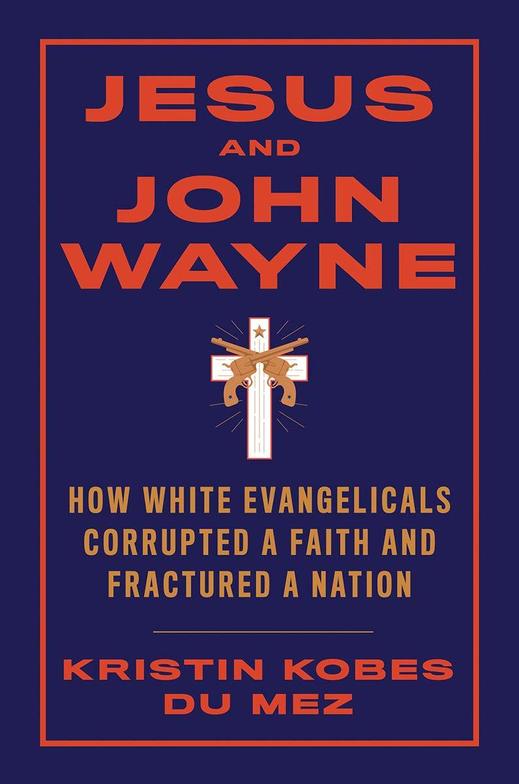 So what have I been reading lately?

The question inspired me this morning to start a new blog series that would answer that question. These won't be "book reviews" or in-depth critical analysis of what I'm reading. Think of them as invitations - to a conversation, to engage, to respond.

Jesus and John Wayne: How White Evangelicals Corrupted a Faith and Fractured a Nation is my latest read. Have you ever wondered over the past four years how it's possible that so many evangelical Christians in America have come to support Donald Trump? This book will help you answer that question - but be warned that it will expose much more than that along the way.

As I read, I realized that it is almost like this book is telling the story of many of my own experiences over the years. Many of the things that have "unsettled" me and made me uneasy.

It's both difficult to read at times and difficult to put down. Kristin's analysis is gripping. It's haunting. It helps me make sense of so much in my own journey over the years - the struggle to know what it means to be a "man," the baggage of the "purity culture" on sexuality and marriage, the exodus of many friends and colleagues over the years from evangelicalism, the support for Donald Trump that has confounded me at times, the collusion between Christianity and right-wing politicians, and on and on I could go.

Don't think we are totally immune because we are Canadian. My encouragement - pick this book up. Read it. Argue with it. Let it move you to tears, to anger, to clarity and understanding . . . and . . . in the end . . . to action. Kristin ends the book with hope . . . hope that "what was once done might also be undone."

There is much to be "undone" about the culture of white evangelicalism.

Feb 21
The Parable of the Great Banquet